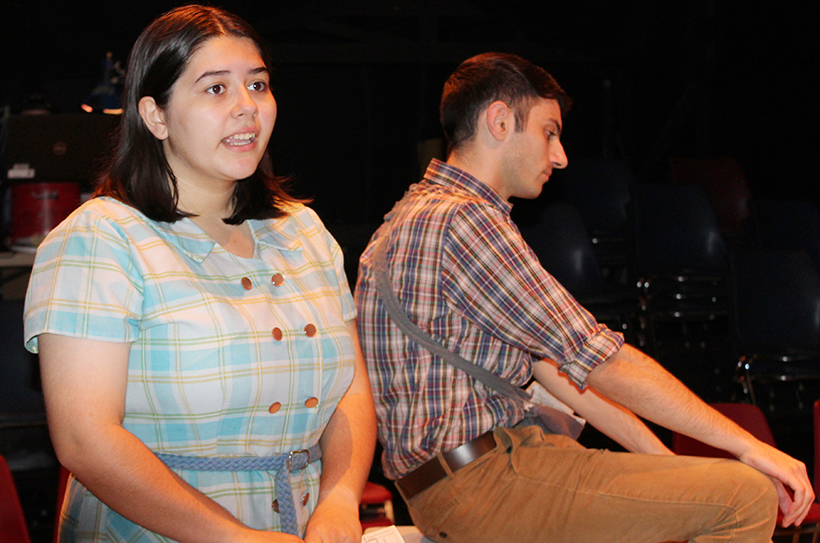 Harlequin Productions will perform “The Texas Tower Project,” which tells the story of survivors of the 1966 shooting at the University of Texas, on Saturday, Nov. 19, at the TANYS festival at the Rome Community Theatre. The festival will feature performances by other collegiate and community theatre groups from across the state.

Harlequin Productions Director Bob Frame thanked the festival for selecting “The Texas Tower Project” for a performance at the fall festival.

“This is a difficult play that asks our students to deal with challenging material and handle multiple roles, and they rose to the occasion,” said Frame. “I’m glad the adjudicators recognized the work our cast and crew put into the production, and I know they’re excited to perform at the festival.”

Written by John Arco, “The Texas Tower Project” is a docudrama that draws on police statements, interviews and the memories of survivors, often using their own words in the script to faithfully recreate their version of events and their emotions. The script does not mention the name of the shooter to avoid drawing attention to him.

The script presented plenty of challenges for the cast of 10. With more than 30 characters in the play, each cast member acted in multiple roles and worked with a dialect coach to achieve the correct verbal delivery.

Performances of “The Texas Tower Project” continue this week at Cayuga, with shows starting at 7:30 p.m. from Nov. 3-5. All performances will be in the Black Box Theatre on the College’s Auburn Campus. Tickets are available for purchase at the door.

Along with directing “The Texas Tower Project,” Frame’s Auburn Players show “The Deception of Kathryn Vask” was selected for a performance at the upcoming TANYS festival.